Over the years, Myrtle Beach has become known for more than its white sandy beaches and numerous golf courses. It is now a culinary destination with over 2,000 restaurants, boasting everything from international fare and fine dining to local hotspots and southern specialties. At Sea Captain’s House, we’re proud to be one of the longest-standing restaurants, offering an award-winning dining experience with our oceanfront location and menu full of the freshest seafood.

Our leading chef, Chef Gary, has quite the expertise for creating flavor-filled dishes from fresh, seasonal ingredients. His exceptional cuisine has won him numerous awards and has recently caught the attention of a celebrity chef and host of a brand-new television series. Our very own Chef Gary is one of 12 local chefs to have been hand-selected by host and judge, Chef Amanda Freitag to be featured on a new culinary show. Visiting Myrtle Beach along with partner The Workshop Content Studios is introducing a new cooking competition – Chef Swap at the Beach – that aims to highlight the culinary talents of chefs from around Myrtle Beach.

The premise of the show is a chef swapping kitchens with a fellow chef, where they will then be challenged to create either an appetizer, entree, or dessert. They’re allowed to bring one favorite ingredient from their kitchen with them, but they’ll have no clue which kitchen they’ll have to compete in.

Chef Amanda will be joined by judge Johanna Wilson Jones, a Myrtle Beach-based culinary writer and culinary connoisseur, and Dylan Foster, a chef, and owner of Two Sons Seafood. The judges will be the ones taste-testing and selecting the winning chef and dish for each of the episodes. 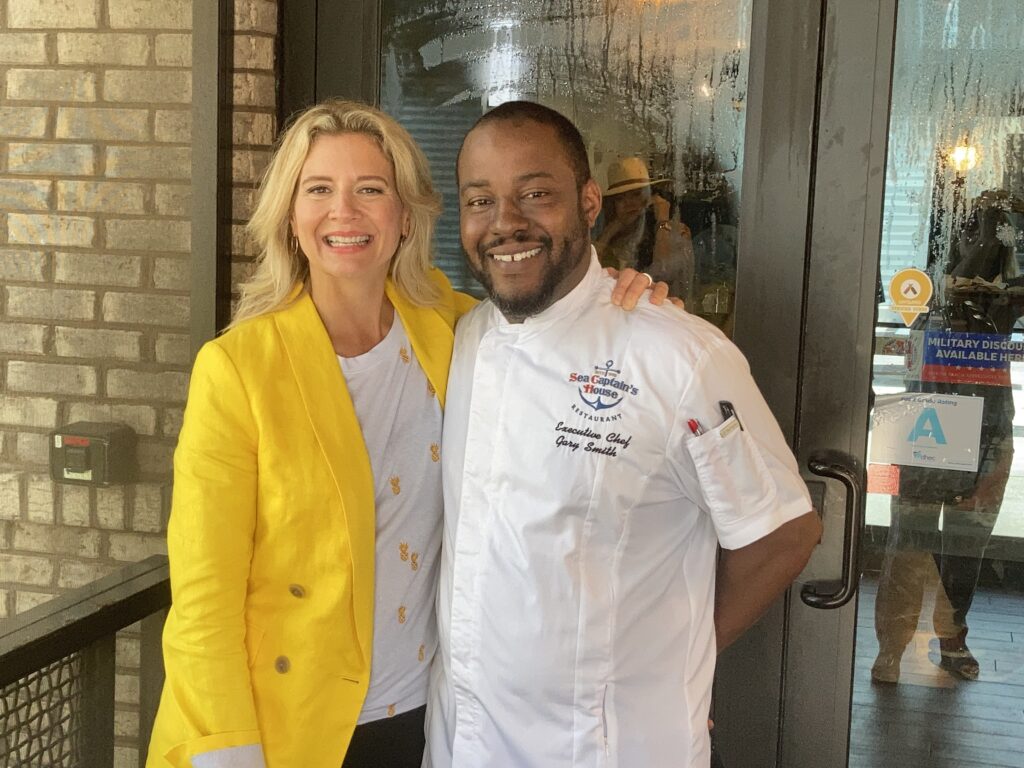 Chef Gary will be featured in Episode 5 of the series, the Surf’N’Turf Chef Swap. Chef Gary will be paired up with Chef Matt from the new restaurant, 44 & King. The episode is sure to be full of intense moments as Chef Matt has to adjust to a large-scale kitchen at Sea Captain’s House and Chef Gary has to adapt to a new space at 44 & King. The two will battle it out as they compete to create the tastiest Surf’N’Turf dish to take home the winning prize.

Tune in to The Cooking Channel at 7 pm EST on October 29th to cheer on Chef Gary as he represents Sea Captain’s House in the newest culinary competition, Chef Swap at the Beach.