Here at Sea Captain's House, our employees are not only staff but family. Our employees grow closer and closer and create a bond over making our customers happy. We'd love to introduce our General Manager, Nick Christopher, and Chef Gary Smith. These employees have shown tremendous amounts of hard work and dedication throughout the years and we want our guests to learn a little more about them!
Nick Christopher, Sea Captain’s House Restaurant General Manager, learned the restaurant business in New York City, where he lived and work for thirteen years.  It was there that he also met his wife, Myly while attending New York University as a graduate student.  After Nick joined the NYC Hard Rock Café, he was selected to launch a new store opening for the company in Gatlinburg, TN.  As general manager, he operated the Gatlinburg Hard Rock Café for 10 years, only leaving to open his own restaurant which he ran for three years.  Nick was a general manager for Joe’s Crab Shack for nearly five years, both in Wilmington, DE, and Sevierville TN.  He also leads a new store opening team for Darden Restaurants, launching the Bahama Breeze in Cherry Hill, NJ, and was the opening general manager for Paula Deen’s Family Kitchen at Broadway at the Beach in Myrtle Beach, SC. 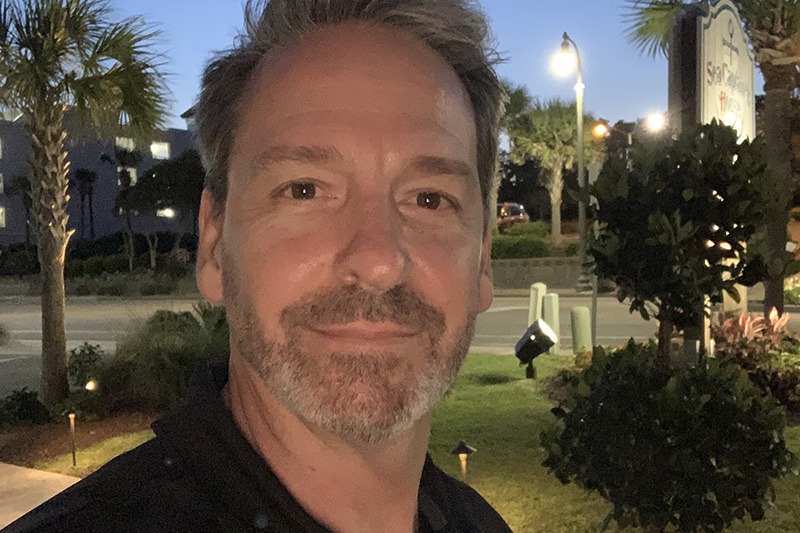 Now you've met Nick. Here is our Chef, Mr. Gary Smith.
Originally from Charlotte, NC, Executive Chef Gary Smith’s passion for the culinary industry and love for creating award-winning entrees was recognized at an early age.  Chef Smith went on to attend Johnson and Wales University where he received his Associates Degree in Culinary Arts. He continued with his culinary career at exclusive country clubs such as Carmel Country Club in Charlotte, NC, River Hills Country Club in York, SC, and Forest Lake Country Club in Columbia, SC. He is currently the Executive Chef at Sea Captains House. 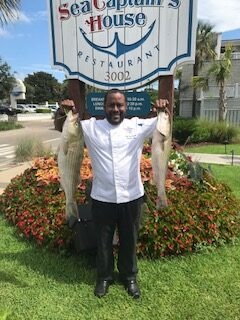 Chef Smith also has a passion to teach others about the culinary field and how to find their own talents as upcoming chefs. His goal is to inspire others that there is no limit to what can be done within the culinary industry with the right knowledge and tools to do so. He received this opportunity and taught in the culinary department at the University of South Carolina for 4 years. He also teaches within his kitchen by encouraging his staff to strive for the best and constantly challenges them to think outside the box.
Chef Smith has been featured in various magazines including the Grand Strand magazine, Club and Resort Business magazine, and the Carolina Bride magazine. He has also received several awards including 1st place for desert and 2nd place for entrée in the 2018 Taste of the Town in Myrtle Beach, SC, a bronze medal in the 2013 ACF-CFC USA Culinary Cup in Orlando, FL; 1st place winner in the 2013 USC’s Chef’s on the Shoe competition; and 1st place winner in the 2006 Charlotte HomeArama Chef competition.

Chef Smith has a wife and three children that he enjoys spending his downtime with. As a family, they enjoy traveling, bowling, or going to a movie.

We are very happy to have Nick and Gary as an employee and always appreciate their willingness to make our customers happy. Be sure to say hi to them next time you enjoy a meal at Sea Captain's House!

The food was super delicious. The Shrimp and Grits -best ever. The She Crab soup excellent. My husband had the Seafood Muddle and he really enjoyed that dish. Hats off to Executive Chef Gary Smith! We will eat at Sea captains again and again, and will and have recommended it to family and friends who vacation in Myrtle Beach.