There is truly no drink more popular or comparable to a good cup of joe! Whether it’s served for breakfast or dessert, regular or decaf, the delicious flavor brings a sense of warmth and comfort.

Coffee drinkers rejoice: Sea Captain’s House is excited to announce that we will now be serving Benjamin’s Coffee!

It all started with ‘Bagels’ back in 1994. Owner/Founder Lee Zulanch and his father, former Long Islanders, understood the growing popularity of ‘New York-style Bagels’ and realized the Grand Strand was ‘under-bagled’…and the idea of establishing a bagel shop became their passion.
Named after Lee’s oldest son, Benjamin’s Bagel Bakery opened in the fall of 1994 to immediate success…fronted by a bagel shop and deli, where you could get breakfast, lunch, fresh-baked bagels, deli meats, pastries and a good cup of coffee. As the business grew in those early years, Benjamin’s expanded their product line to Breads, Hoagies, Buns, Pastries, Pies, Cakes, and specialty items. Benjamin’s Bakery proudly provides their fresh-baked breads and pastries and freshly roasted coffee beans to over 100 restaurants along the Grand Strand. 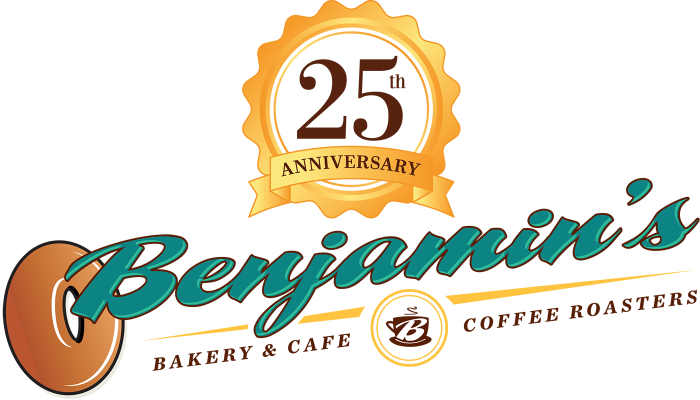 Here at Sea Captain’s House, we love to support local Grand Strand businesses. The addition of Benjamin’s Coffee to our menu will offer our guests another flavorful option to enjoy. Be sure to try a cup (or two!) during your next visit!